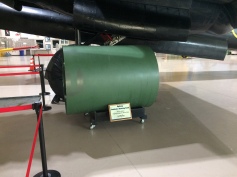 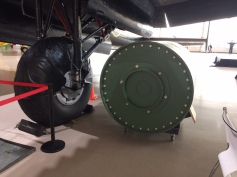 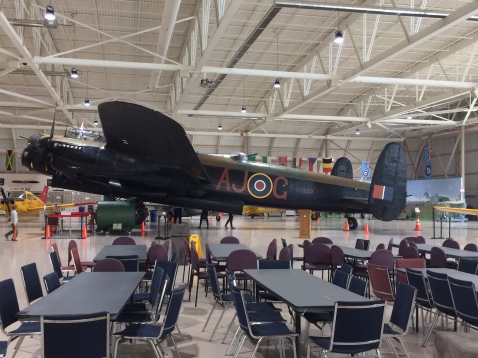 Today is the 75th anniversary of the Dambusters raid, where a squadron of 19 Lancasters flew a dangerous and daring mission to destroy hydroelectric dams in the Ruhr Valley.  They successfully breached one of the main targets, the Möhne dam, as well as a secondary target, the Eder dam. They also damaged (but did not breach) the Sorpe dam.  Operation Chastise, as it was known, was deemed a success—although the damage only disrupted German industry in the Ruhr for a few months until the dams were repaired, the morale boost to England from what the raid was able to accomplish was significant.

The raid happened in the pivotal year of 1943.  Going into that year, Allied victory was by no means assured, although there were certainly promising signs in Europe. Germany ended 1942 encircled and starving at Stalingrad; within a little over a month they would be defeated in a battle that in the final accounting resulted in nearly 2 million casualties, 1.1 million of them on the Soviet side.  Henceforth, the Axis in Europe would slowly be pushed back.   In May of that year, just a few days before the Dambusters raid, the Allies achieved victory in North Africa. Italy was pushed out of the war by the end of the year.

Some of the most horrific events of the war took place in 1943.  This was the year of the Warsaw Ghetto Uprising.  Today is also the 75thanniversary of its tragic end, in which the ghetto was utterly destroyed and all its inhabitants either killed or sent to the camps.

So the morale victory of the raid came at a key point in the war.  However, the casualties from the raid were high—8 of the 19 Lancasters were lost, with 53 of 130 crew killed and 3 taken prisoner—which may account for why a followup raid was not attempted.

To me, what stands out about the raid is how quickly the technology was developed and tested. The initial paper proposing a “bouncing bomb” was published by civilian Wallis Barnes in April, 1942.  The idea was to skip the bomb over the water, much as one skips a stone, to avoid torpedo nets and other barriers.  When the bomb hit the dam structure, it would sink and then explode, much like a depth charge.  By July of that year, it was successfully proven that a dam could be breached with a depth charge, when a disused dam in Wales was successfully destroyed as a test. This left significant details to be worked out, such as the shape of the bomb, its size, its shape, and how it would be delivered.
By November 1942, it was decided to develop a larger and smaller version of the bomb for various purposes. A cylindrical shape was selected rather than the initial round shape.  Another addition made was backspin, which helped the bomb to bounce and stabilized its flight.  Finally, the weight and physical size of the bomb was dictated by the size of the Lancaster bomber itself, the largest bomber then available.
The planners realized that there was a tight timeline to adhere to.  The raid could take place no later than about mid-May, as the dam reservoirs were at their peak after winter meltoff at that point and the destruction of the dam would result in the biggest impact. Testing of unfilled versions of the Upkeep bomb began in December and lasted through April; engineers continued to tweak the design and to work to determine how it would be dropped. They finally determined that the Lancaster had to be precisely 60 feet above the water and at a speed of 232 mph.  To do this, a pair of spotlights were mounted on the Lancaster, and the point at which the two beams converged marked 60 feet.
Both the backspin and the size and shape of the bomb would also dictate changes on the Lancasters.  The bomb bay doors had to be removed and a bracket installed to hold the massive bomb sideways underneath the plane. The upper gun turret was removed so that the hydraulic system could be used to drive a belt to start the bomb spinning about ten minutes before it was due to be dropped.

The main other issue was aiming.  A handmade y-shaped device that allowed the bomb aimer to line up the prongs with the towers of the dam was the “official” solution, but other solutions involving marks on windows and string would also be used.

The Lancasters themselves were supplied in March, and the squadron assembled under Guy Gibson in the same month to begin practicing. Gibson, who would win the Victoria Cross for his actions after his bombing run to distract flak away from the planes following him, was at 24 was a veteran of over 170 bombing runs, a stat that nearly boggles the mind today—we often forget how young soldiers were during WWII.  They had about six weeks to train, without a clear indication of what their precise mission would be, using untried technology. To reach Germany, the squadron had to fly as low as possible (so low that more than one plane was lost to electrical wires and towers) before their bombing runs.

It’s pretty astounding what was accomplished.

Of course, it’s me, so there have to be ruins.  Here is a link to a photo of the Möhne dam after the bombing:   https://en.wikipedia.org/wiki/Operation_Chastise#/media/File:Mohne_Dam_Breached.jpgHere is a similar photo of the Eder dam:   https://en.wikipedia.org/wiki/Edersee_Dam#/media/File:Bundesarchiv_Bild_183-C0212-0043-012,_Edertalsperre,_Zerst%C3%B6rung.jpg

I was of course curious as to whether there were any lasting traces to be seen at the dams, where emergency repairs were completed by September of 1943.   For the most part, if the photos are to be trusted, the answer is no.   I did find a really interesting article from the Guardian about 15 years ago describing a visit to the dams as they are today. https://www.theguardian.com/culture/2003/may/06/artsfeatures

Finally, as some may know, the 1955 film Dambusters was a huge influence on the original Star Wars movie’s climactic Death Star destruction sequence, from the special effects photography and cinematography (Gilbert Taylor performed the former for Dambusters and the latter for A New Hope).   Here’s an article and a video to check out:   https://www.starwars.com/news/the-cinema-behind-star-wars-the-dam-busters
https://www.youtube.com/watch?v=lNdb03Hw18M

–As I am finishing up and posting this article, I’m following the Telegraph’s real-time account of the raid.  The last update was at 11 pm local time, when the first planes were lost.
https://www.telegraph.co.uk/news/2018/05/16/dambusters-raid-famous-world-war-two-attack-unfolded/