I Haven’t Cared About the Grammys since 2011–Until Now 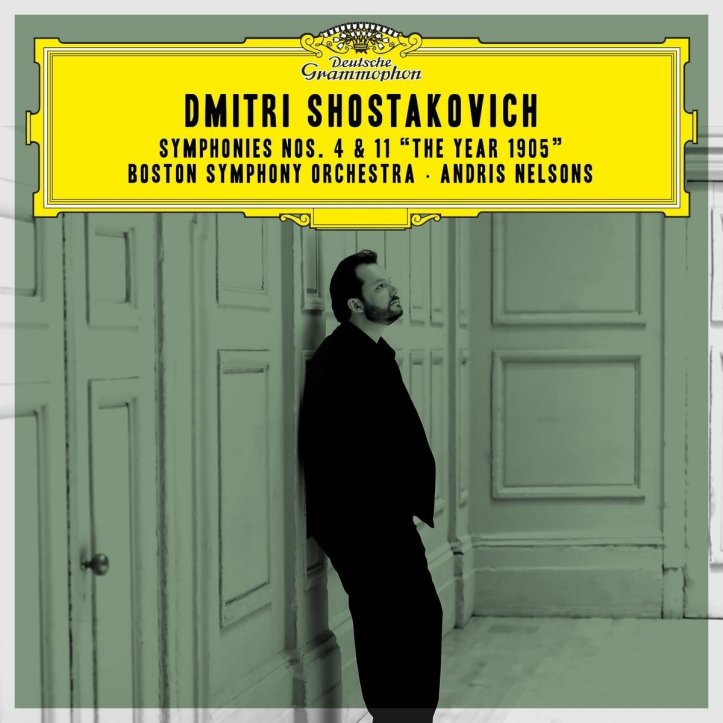 Awards like the Grammys and the Oscars have never been something I’ve followed, other than casually, as a news junkie.  Except, of course, when something I really like wins.

Has it really been eight years since Arcade Fire unexpectedly won Album of the Year for The Suburbs?  I think that was the last time I tuned into the show for even a few minutes.  Historically, the Grammys have never really honoured the kind of popular music I like, so when Arcade Fire was recognized in 2011 for an album I passionately loved, one which captured the anomie of American suburbs like those I grew up in better than anything I’d ever heard (with the possible exception of Rush’s Subdivisions), I was genuinely thrilled.  To paraphrase what Neil Peart said when Rush was finally inducted into the Rock and Roll Hall of Fame in 2013,  it didn’t seem like a big deal, but it turned out it kind of was.

I didn’t tune in last night, either.  I’m comfortable in my lack of hipness as defined by popular music culture.  My playlist exhibits eclecticism and a certain interest in history with a twist (electro swing and modern medieval-influenced groups such as Dead Can Dance and Corvus Corax are heavily represented), along with an influence on the bass and rhythm components.  These were born out of my love of Rush and New Order in the 80s (both well represented in my current playlist) and now carry forward in enormous mixes of trance music (Armin van Buuren’s State of Trance productions being my particular catnip).  Not tuning in to the ceremony does not mean not interested, however, especially because of a pair of nominations for a particular release this year, one that is in my playlist:  Andris Nelsons and the Boston Symphony’s recording of Dmitri Shostakovich’s Symphonies #4 and #11, nominated for both best orchestral album and for best engineering (Shawn Murphy and Nick Squire, engineers; Tim Martyn, mastering engineer.)

This was the third year Nelsons and the BSO had been nominated for their recordings of Shostakovich symphonies.  In 2016, it was the 10th; in 2017, it was for their two-disc set with the 5th, 8th, and 9th symphonies.  They won the Best Orchestral award both times.  (The same engineering team had been nominated for the best engineering award in 2017, but had not won.)  However, both of those two previous releases had included one of Shostakovich’s most popular works.  With the 4th and the 11th, the BSO pushed into less secure Shostakovich territory, at least for the casual listener (although delighting us devotees).  Would that impact the reception?  Clearly not, as last night Nelsons and the BSO went 3-for-3 on the Shostakovich symphony releases, taking home the Best Orchestral award, and this time the engineering team won, too.

It was interesting to read the discussion about the nomination on one of the Shostakovich Facebook groups I follow.  Unlike for Beethoven or Tchaikovsky, we have many recordings of Shostakovich’s works made during his lifetime, even a few of world premieres, directed by conductors he worked with closely.  If you get into a discussion about what the best recordings of these works are, inevitably you are going to hear, for instance, that Mravinsky’s 8th with the Leningrad Philharmonic (1982) is the definitive version.  Not at all surprising–the symphony was dedicated to him, after all.  You are also going to hear from a lot of quarters that the Russians do Shostakovich best–but then you’ll hear how wonderful Bernstein’s recording of the 7th with the Chicago Symphony is, or von Karajan’s 10th with the Berlin Philharmonic.  But all of these recordings are now, at the very least, over 30 years old.

Music of any kind that isn’t constantly taken up by new generations of interpreters and listeners becomes a relic, an antique, a curiosity.  Each performance of a work gives both performers and listeners insight into the composer’s thought process, how he or she uses the building blocks of melody and harmony (or dissonance, or lack of consonance) and selects the instruments to paint a musical picture, conveying emotion through sound.  The music enters into a dialogue with the performers and the listeners, each of whom brings their own history and context to the table when performing and listening.  This is why new performances like these are so important, especially now as there seems to be a resurgence in interest in classical music among younger listeners.

Technology also progresses, particularly in the sound engineering department  And that’s why this kind of recording is so important and what particularly struck me about this particular release.  I listen to most of my music on headphones, which I find best accommodate the extremes in dynamics one finds in classical music in general and particularly in Shostakovich’s orchestra works.  The sound engineering team absolutely deserved that Grammy–there is an incredible depth to this recording, particularly in the 4th symphony with its absolutely wild dynamic shifts.  In the first movement, there is a rather famous fugato in the strings in furious 16th notes, “as if Bach had been subjected to one of Stalin’s 5 year plans,” as conductor Michael Lewanski put it, followed by a brutal crescendo where every instrument in the massive orchestra piles into the fray. The BSO recording somehow manages to avoid the muddle that this maelstrom can produce in recorded form.  The listener hears every single one of those 16th notes, and can pick out the individual voices in the massive chords that follow.  It’s literally breathtaking.  And at the end of the work, after a blaring, dissonant chorale extinguishes itself leaving, at the very end, only a sustained, pianissimo held note in the strings over which flies the tiny chimes of the celesta, again, the listener, ears straining, hears every single note crisply rendered.  It takes real engineering talent to deal with the extremes of this particular symphony, to accurately convey both the ear-splitting, angry loudness and the exhausted, despairing quiet with depth and feeling.

Intriguingly enough, last year the Pittsburgh Symphony’s recording of the Shostakovich 5th took home both of these same awards, and looking at the nominees, there has been quite a lot of Shostakovich performances nominated in the past few years.  It seems Westerners are starting to appreciate Shostakovich more fully.. General consensus has coalesced around the fact that his more public works often held multiple meanings–meanings that allowed for him to be able to criticize a government that held his life in its hands–not always escaping censure, but allowing him to continue to exist and compose.  Since the fall of the Soviet Union, Westerners have come to understand the kind of double-speak that was often needed to simply exist in the USSR, particularly under Stalin, and that there were different approaches to dissidence.   And there’s the fact that he wrote some absolutely astounding orchestral works, works that I think are striking a chord in 2019 for a multiplicity of reasons.  North America deserves to hear the 4th Symphony more widely, whether it’s through this recording, or–hopefully–in more orchestras deciding to program it.  I think listeners are up to the challenges of this brilliant work, and will want to hear it performed live. A girl can certainly hope.

And in just under two weeks, we’ll get the next release of Shostakovich symphonies from Nelsons and the BSO – this time, the 6th and 7th.  Can they go 4 for 4?

Want your own copy?  Order it from Amazon.ca here.

Press release from the BSO is here.  (Quote from the release:   “The Boston Symphony Orchestra’s recording of Shostakovich’s Symphonies Nos. 4 and 11—
released in July 2018—is part of an ambitious collaboration between the BSO, Andris Nelsons, and Deutsche Grammophon to record Dmitri Shostakovich’s entire canon of 15 symphonies, plus the composer’s masterpiece opera, Lady Macbeth of Mtsensk.”   OMG OMG OMG!!!!!  I don’t think they’ve done either the 13th symphony or Lady Macbeth yet.  There may just have to be trips to Boston in my future….