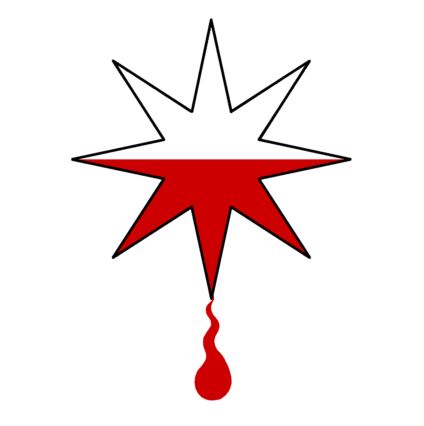 I am off tomorrow to hear an intriguing work deconstructed–the Chamber Symphony, op. 110a, of Dmitri Shostakovich. Although I am intimately familiar with the Eighth String Quartet, op. 110, upon which this work is based, I have never actually heard this version, orchestrated for string orchestra by the conductor (and violist) Rudolf Barshai, with Shostakovich’s blessing.  As I am discovering, unless it’s Beethoven, performances of string quartets in their native form can be difficult to track down.  Chamber music such as quartets and trios requires, by its nature, a more intimate kind of performance, not particularly suited to large performance halls.  You can find it here in Toronto, but it often requires some sleuthery and luck.  You take what you can get, where you can get it. So when the Chamber Symphony popped up on the schedule for Pro Musica in Columbus, I grabbed a ticket–even more so because this performance is part of their “Naked Classics” series, where the first part of the performance is an analysis of the work, followed by the actual performance. Sounds like my kind of geekery–worth driving six hours to hear.

This post is going to be a little more disjointed than usual, because I want to talk about both the orchestra I’ll be seeing perform, as well as the phenomenon of orchestrated or re-orchestrated works.  The former first.  ProMusica is a Columbus-based chamber orchestra with a very personal connection for me.  Conductor Laureate Timothy Russell led this ensemble that he co-founded for 35 years before moving on to other adventures.  Dr. Russell, or “Tim”, as I knew him, also conducted summer string workshops for youth at Ohio State that I attended for several years.  We’d rehearse in the OSU marching band’s bandroom in Ohio State Stadium, and then would sometimes go out onto the football field for a game of touch football. In the high school program, the participants all got to try their hands–briefly–at conducting, which I think instilled in all of us a healthy respect for what conductors do.  He also directed the orchestra program of music camp at Upper Arlington High School for a year or two–what other schools call “band camp.” My first year at UAHS, orchestra was directed by John Blevins, who also led the marching band, so we had to have someone else to conduct our program. For us, it was a chance to start working on our repertoire ahead of the school year.  It’s also where I first heard PDQ Bach and participated in perhaps the world’s only marching orchestra (we had fun with that one).  Dr. Russell is now out at Arizona State teaching conducting, so I won’t be seeing him lead ProMusica tomorrow, but it will be fun seeing them play again after many, many years.

Several of the most popular works in the classical repertoire, like the Shostakovich op. 110a, did not start off in the form that’s most familiar to us.  The two most famous of these are probably Mussorgsky’s Pictures at an Exhibition and Barber’s Adagio for Strings, neither of which is heard its original form nearly to the same degree as it is in its orchestration.  Pictures was originally a work for solo piano, a set of 10 pieces linked by a recurring theme.  There really were actual pictures – Mussorgsky composed the work in 1874 in honour of his friend, artist/designer/architect Viktor Hartmann, who had recently died.  The exhibition in question brought together 400 of Hartmann’s works, including two owned by Mussorgsky himself.  (A few of the paintings that inspired the work are still extant–see them here.)  Pictures was subsequently orchestrated by a number of composers, but the most famous is the one by Maurice Ravel, done on commission for the conductor/composer Serge Koussevitzky, who led the Boston Symphony at the time and made the first recording of the orchestration.  Ravel has a well-earned reputation as an oustanding orchestrator, both in his own works and his orchestrations of works by others.  For his use of colour and texture in these works, he’s often considered one of the musical equivalents of the Impressionists.

The Adagio for Strings is a little bit different.  In this case, Samuel Barber arranged the second movement of his own Op. 11 string quartet for string orchestra in 1936, the same year it was written.  It was premiered on live radio by the NBC Symphony Orchestra under conductor Arturo Toscanini.  It has become, as one writer put it, “America’s semi-official music for mourning,” being played at FDR’s funeral and after JFK’s assassination. (JFK was a fan of the piece).  It was used in the movie Platoon (where I first heard it)  and was played after the Sept. 11 attacks.  Barber went on to use the music a second time as the setting for his choral piece Agnus Dei in 1967.    And strangely enough, it’s gained another type of orchestration altogether in the world of trance/electronic music and has been remixed countless times by various DJs and producers, sometimes with a thumping elecronic beat.  (Read about that here.)

So, orchestrations and re-orchestrations are definitely a thing, from simple ones meant for junior orchestras all the way up to major pieces of the repertoire.  And they’ve crossed over into the world of modern electronic and rock music.  As proof of that, feast your ears on the awesomeness of the second movement of the Shostakovich 10th Symphony–on electric guitar.

I’m not expecting anything quite like this at tomorrow’s performance.  But I look forward to hearing a different take on Shostakovich’s iconic op. 110, and making the reaquaintance of an orchestra I once knew very well.