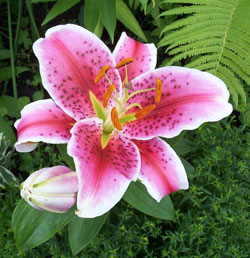 On the nineteenth day of June, in 2019, it’s been nineteen years.  As someone who is fascinated by numbers, that should mean something to me.

It still leaves me numb.

On that morning in 2000, I left my condo, where we’d recently moved around the same time my parents moved to their new home, for work at Bank One, where I had become a permanent employee about three months before.  I was wearing a red shirt with black stripes that I would never wear again.

The phone rang.  It was Dad.  My mother was gone.

I put down the phone, told my manager. Went home.

I went through all the motions.  Dad, of course, handled the arrangements, although I did pick out the suit she was buried in.  I wrote a thing for her funeral (which I have included below), in which I said nice things, arranged artfully not unlike one of the funeral sprays that decorated her coffin.

I did not cry.  I would not cry until months later.

***
I have sometimes wondered about the circumstances of my birth, but I never asked.  I’m not sure whether that was because it was an unsaid rule in our house never to pry into such things, or whether that was simply a byproduct of the walls I had put up around myself to protect myself from rejection.  Even though my mom would have been the last person to reject me. She had always been there for me, unceasingly so.

So I never probed beyond the basic outline of the story of my parents’ relationship, beyond the fact that, in the summer of 1966, after eighteen years of marriage and close to 25 years as a bookkeeper at General Motors–she had started during wartime and never left, unusual for a woman during that era–she had become pregnant.   Had my parents tried for children and not been successful?  Or had they not planned on kids at all until I came along?  What was the story there? Looking back at old photos, and hearing some of the stories in recent years, I know my parents had a life full of family, especially with my Dad’s younger siblings, who seem to have particularly revered my mother.  They had married within months of meeting at a dance in 1949–but other than a battered wedding-cake topper and the engagement ring that I now wear, there is almost no evidence of romance, their courtship, or their wedding.   They traveled, they raised beagles for awhile, Dad built his company with his brother–but no kids.  Mom liked to tell the tale of what an oddity it had been in 1967 to have a child at the age of 42.  “The other doctors kept coming by,” she told me, laughing. “They thought you might have a tail.”

And that was the way it always was. My parents told some stories about their respective childhoods and families, but rarely their own story as a couple.  Theirs was a fierce partnership, deeply loving throughout the fifty years of their marriage, but lacking in overt displays of romance.  They were yin and yang–outgoing, extroverted Dad, who from his days in the Navy had learned how to make deals and could schmooze anyone, who had built a successful business with his brother (and later, others), who was involved in a service club and Session (the Board of Directors governing Presbyterian churches) several times.  And Mom, introverted,  dedicated, creative, goofy–and tenacious, stubborn, especially when it came to family.  She’d stepped in to help when a niece was shunned by her own family, who were Jehovah’s Witnesses, and I later heard about how she had helped other relatives obtain birth control.  She and Dad, despite their Republican leanings, were surprisingly progressive in some ways.

I would have liked to have known Mom as an adult.  I never did.  While I was in Toronto pursuing my graduate studies, I’d come home for a few days every three or four months.  I noticed Mom was having memory issues probably around 1996.  (I later found out she was obsessively ordering junk from catalogs and donating to any charity who solicited her.) She’d mix up my name with her sister’s.  After she was diagnosed with Alzheimers, her decline was accelerated when she stepped off of a curb awkwardly and broke her leg.  After that point, she was bedridden, never walking again of her own volition.   By the time I moved back to Columbus in 1999, it was too late.  She was, in all real senses of the word, gone to me.  It was terrifying.  And so, in all real senses of the word, I was gone to her as well.

*****
I could process her passing on an intellectual level, through words and images, and, in a delayed effect, through music.  I always felt that the emotions were somehow lacking, though, and that my grief was somehow less-than.  I know now that that’s just me. We all approach these things in different way, and mine is tied up in philosophy, in words serving as an intermediary to sorrow, to tears, to the keen sense of absence. I will likely always seem to others to be reserved and detached when confronted with loss, and there’s no shame in that.  Still, there are times when this reserve and detachment leads to a sense of regret, of waiting until it was too late–although I think, in the case of my mom, that she knew.

We were not unalike in this, my mom and I. As I wrote for her eulogy, “Her ability to compromise never meant compromising her own beliefs—beliefs which she often kept extremely private, sharing only when asked. She simply lived what she felt most deeply.”

To live what I feel most deeply.  This is a virtue worth remembering.

I was only around for a little over 33 years of my mother’s life, but she was there every single day of mine, whether she was there in person, or in the later years, when I was living far away, in spirit.  She was a part of my dad’s life for more than 51 years, and part of the lives of her brothers and sisters for much longer.  It is, of course, impossible for me to know about those earlier times except through photographs and stories. Look through those pictures—the ones in the albums, and the ones imprinted in your memory.  Close your eyes, and see Miriam, younger than I am now, with her sisters and brothers, or later, with my dad and his brothers and sisters,  always with a gentleness about her eyes and of course her smile.  I saw her last Sunday and those had not changed, even at the last.   This is her history.

The stories she told of when she was a little girl are full of her brothers and sisters, of dogs and horses, and of course her parents.  Growing up in the Depression, she knew that family—not money, or possessions, or place in society—was the foundation upon which to build a life.  Those things might disappear in the wink of an eye, but family endures.  She met my dad not so long after the war, and it only took them a few months to realize they wanted to spend their lives together. Theirs was a true partnership, based on deep love and friendship.  They worked, saved their money, bought their first house together, and then after a few years, Dad started his business. I realized a few years ago that I had never once heard my parents argue.  They discussed, and came to a consensus, trusting fully that they were both on the same page, as equals, wanting only the best for each other. That, more than any sentiment on a Valentine’s card (although there were plenty of those, too), is true love.   Mom continued to work at General Motors until she became pregnant at the then-astounding age of 42.  To this day I attribute my love for strawberries and egg rolls to the meal she had just before going into labor.

She was there for me when I was a little girl who was having problems learning how to swim, when I was a little older and feeling lonely because we had just moved and I didn’t have any friends, when I was in high school and wanting to talk about life, and through the long years of my undergraduate and graduate years, as I followed my dreams.  Her guidance was firm and strong, but nearly always by example. Mom practiced what she preached, but she rarely preached.  She read to me and took me to the library, and so I became an avid reader and excellent student. Never did I hear her raise her voice in anger to anyone, although she was no pushover;  she stated her opinions simply and without hurtful words, looking for the middle ground;  and so I have learned to strive for tact and compromise without betrayal of  principles.  Those principles are the very ones she instilled in me—generosity and kindness, love for family and society, integrity, the importance of one’s word, strength of character, and wisdom.  She also taught me the value of a good back scratch, and the importance of returning the favor and  the strategic importance of being able to cross your eyes and stick your tongue out.

Mom loved animals—the dogs and horses of her youth, the beagles she and Dad had, and the cats we had when I was growing up. She wasn’t initially convinced on the cats—the cats she remembered from her youth were barn cats—but Calico and especially April, the Siamese we had for twenty years who adopted her as “her person”—changed her mind.  It’s often said that a sign of a true humanitarian is a love of animals, and that certainly described Mom.  She always sought to understand the world in which she lived, and to help it to be a better place, seeking to bring out the best in people, changing the world by influencing her little corner of it.  She was an active churchgoer who thought deeply about the things she heard or read in sermons or in Bible studies, and tried to apply them in her life.  Growing up, the house was littered with the little pamphlets by Norman Vincent Peale on “the power of positive living.”  That was a message she truly took to heart and passed on.  She was also tenacious and sometimes just plain stubborn.  Her ability to compromise never meant compromising her own beliefs—beliefs which she often kept extremely private, sharing only when asked. She simply lived what she felt most deeply.

I have here one of the last things Mom gave me.  I’ve kept it nearby for several years now, but I think it means more to me today than it ever has.  (penny poem)

My mother has passed on, but she is still among us, in our thoughts, our memories. Her life—her principles, her kindness, her love– is her legacy.

To you from failing hands we throw
The torch; be yours to hold it high.

I, for one, do not intend to squander this inheritance. May it continue to spread outward, like ripples on a pond, for many, many years to come.