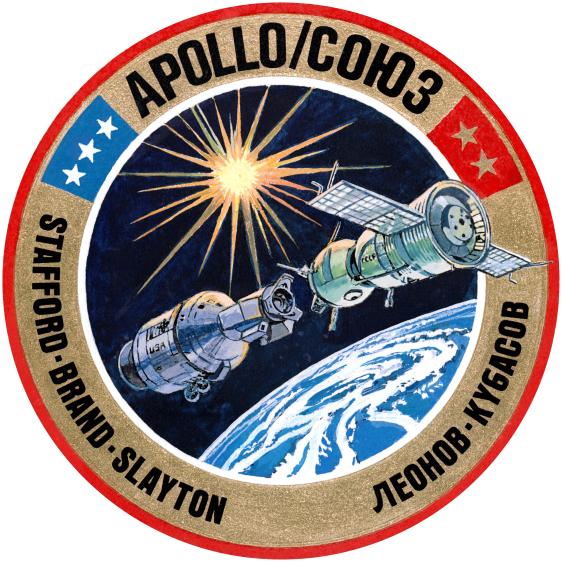 The news today is full of commemoration for the 50th anniversary of the Apollo 11 mission to the moon. Yesterday, the anniversary of the launch, the Washington Monument was illuminated with a massive image of the Saturn V rocket that carried Neil Armstrong, Buzz Aldrin, and Michael Collins to their rendezvous with the moon.  I have a package of special commemorative Oreos, with purple marshmallow filling, a lunar design on the cookies themselves, and a glow-in-the-dark package.  Such items are wholly in keeping with the kind of memorabilia created during the years of the Apollo missions.  But I don’t remember the mission itself; I am just old enough to remember the last of the lunar missions, Apollo 17, in 1972.  It seems to me that memories of the Apollo 11 mission are one of those things that separate Gen X from Boomers. The oldest Gen Xers would have turned 4 during 1969, and while a few may remember it, not many would recall the context or importance of the event.  For Gen X, space exploration would mean something different–ours was the age of the space shuttle and the creation of the first orbiting space stations (for the USSR, this was Salyut 1, launched in 1971, and for the US, Skylab, launched in 1973; later would come Mir and the ISS). But the first mission I clearly remember being captivated by was the Apollo-Soyuz mission–the first mission where two spacecraft from two (very) different nations successfully docked in space.  It was this mission that sparked an interest in space for me.  It was also the final crewed US space mission until the launch of the Space Shuttle in 1980.  Yet I had nearly forgotten it until I started thinking this morning about what space travel meant to me.  And, in a complete coincidence, it celebrates its 44th anniversary today.

Our memories of larger events like these inevitably attach themselves to the places we were when we heard about them.  When I think about Apollo-Soyuz, what flashes to mind is the front of Windermere Elementary School, which I attended starting in the third grade. Once I situated the mission in time and space–the docking took place July 17, 1975–I realized why that was.  I’m not sure when we moved in 1975–but it was that same summer, right around that same timeframe, and the front of the school was where the classroom assignments were posted in the windows a couple of weeks before school started. Later that year, I would check out almost every book on astronomy from that school’s library.  It was the beginning of a fascination that continues to this day.

Odd personal associations aside, the Apollo-Soyuz mission marked the beginning of the end of the space race.  It was a product of the interesting phase of détente in the Cold War that took place during the early 70s. Instigated by Richard Nixon and Leonid Brezhnev, the US and the USSR began holding regular summits with a focus on limiting the proliferation of arms (particularly nuclear, but also biological weapons), the product of which were treaties such as SALT I and the never-ratified SALT II. The Helsinki Accords, which were signed by almost all of the European nations as well as the US and Canada just after the Apollo-Soyuz mission, were also seen as a major step towards easing the Cold War in Europe, promising free elections in Eastern Europe and leading to a discussion of human rights that emboldened Soviet dissidents.  This period of relative thaw between the two nations would not last long.  As tensions relaxed, the USSR used the opportunity to begin to expand its influence abroad. Support by the Carter administration for Soviet dissidents raising questions of human rights led to accusations by the USSR that the US was meddling in Soviet affairs and that its stance was hypocritical, given US support for regimes in Chile and South Africa. At the same time, though, trade relations between the Eastern Bloc and the West began to grow, which did not abate even when the period of  détente ended in 1979 with the Soviet invasion of Afghanistan.  The Cold War was entering its final decade, although none of us knew it in the 1980s.

The Apollo-Soyuz Test Project flowed from talks between the US and the USSR that began in 1970 and culminated in the signing of an agreement in 1972 committing the two nations to a joint project.  The project had to overcome significant concerns on both sides in the directions their respective nations’ space programs had taken.  The USSR had focused on automation as a way of minimizing human error, where the US had put its faith into highly-trained astronauts as their approach to risk mitigation. (The Soviets’ unmanned missions to the Moon, Mars, and Venus were all hugely successful).  Both sides had suffered significant and catastrophic accidents during their programs – coincidentally, both involving the first planned mission in the Apollo and Soyuz series, respectively. Apollo 1’s disaster involved the deaths of Gus Grissom, Ed White, and Roger Chaffee in a launch pad fire, while Soyuz 1 was launched despite knowledge of design flaws, resulting in the death of experienced cosmonaut Vladimir Komarov (who had expected this result and requested that his funeral feature an open casket.).  The US recovered from their disaster and were able to proceed with the Apollo project, culminating with the Apollo 11 mission. The Soviets, on the other hand, suffered a series of setbacks and abandoned the idea of a moon landing in favour of the Salyut space station project, which itself suffered from the catastrophe of the depressurization of a reentry capsule, resulting in the death of three cosmonauts who had not been fitted with pressurized suits.  It is thought that the Apollo-Soyuz mission was at least partially responsible for refocusing the Soviet space program.

The other accomplishment of the mission was to begin to open up the secrecy around the Soviet space program–not just to the US, but to Soviet citizens.  Unlike in the US, where space missions were regularly televised, Soviet missions were celebrated only after the fact as propaganda victories, likely because of the much closer connection between the military and the space program in the USSR.  Citizens were also never told of the program’s failures.  The Apollo-Soyuz mission was the first to be televised in the USSR. It was also the first where both countries were given access to each other’s technology in preparation for the mission.

The US astronauts on the mission were Thomas Stafford, Vance Brand, and Deke Slayton (one of the original Mercury 7 astronauts, but who had never gone to space), and the Soviet cosmonauts were Alexei Leonov (who had been the first man to walk in space) and Valeri Kubasov.  In an interesting preview of the future, Robert Crippen, pilot of the Space Shuttle Columbia during its first mission in 1981, was part of the support crew.  The Apollo module (modified for docking) and the Saturn rocket used for the mission were left over from the lunar program, but the mission was not referred to as Apollo 18 (which had been a planned lunar mission that was cancelled).  Similarly, although internally the Soyuz module was given a mission designation Soyuz-19, it was referred to simply as Soyuz during the mission.  Unlike the leftover Apollo capsule, the Soyuz module was the “latest model,” specifically built with docking capabilities and tested for the mission.

The two spacecraft were both launched, within 8 hours of each other, on July 15, 1975.  Once in orbit, the two spacecraft gradually adjusted their orbits until Apollo successfully docked with Soyuz just after noon Eastern time, over the Atlantic Ocean, as the world watched live on TV. Three hours later, the hatch was opened and Stafford and Leonov exchanged a historic handshake. The crews heard a statement from Brezhnev and received a phone call from US President Gerald Ford and exchanged gifts before sharing a meal.  Over the next 44 hours, the astronauts and cosmonauts spent time in each others’ capsules, TV viewers were treated to a tour of the linked spacecraft, and conducted various scientific experiments designed by US and Soviet scientists.  The two modules also docked and redocked, with the Soyuz performing the active role the second time.  After a final exchange of gifts, the two ships undocked on July 19, and the Apollo performed an artificial eclipse of the sun so that the Soyuz could photograph the solar corona. Soyuz successfully landed on July 21.  Apollo splashed down three days later on July 24, but not without incident — the three astronauts were exposed to toxic hydrazide and nitrogen tetraoxide propellants sucked into the cabin during descent from a system inadvertently left on.  Brand briefly lost consciousness, but Stafford was able to deploy masks to all three astronauts, who subsequently had to be hospitalized for two weeks.

The legacy of the mission took some time to develop, given the declining state of US-Soviet relations in the late 70s and into the 80s.  Both countries claimed to have “led” the mission and downplayed the technical prowess of the other.  After the collapse of the Soviet Union, seven joint missions between the US and Russia involving the Space Shuttle and the Russian space station Mir revived cooperation, directly leading to the construction of today’s International Space Station.  Ironically, it was the end of the Cold War that prompted the US to cancel funding for its own proposed space station, but NASA was able to help fund the underfunded Russian space program (also impacted by the same international political dynamics) to keep Mir aloft.

So while the moon landing was, indeed, one giant leap for mankind, it was the smaller leap of the Apollo-Soyuz mission that laid the initial groundwork for today’s international space program.  It’s one field where the promise of collaboration between the United States and the Soviet Union (and its successor states) has truly been fulfilled, and paved the way for the exploration of space in the pursuit of scientific discovery.  For me, it awakened me to a fascination with space I would pursue all through the third grade–and to this day.  It’s an anniversary worthy of commemoration.