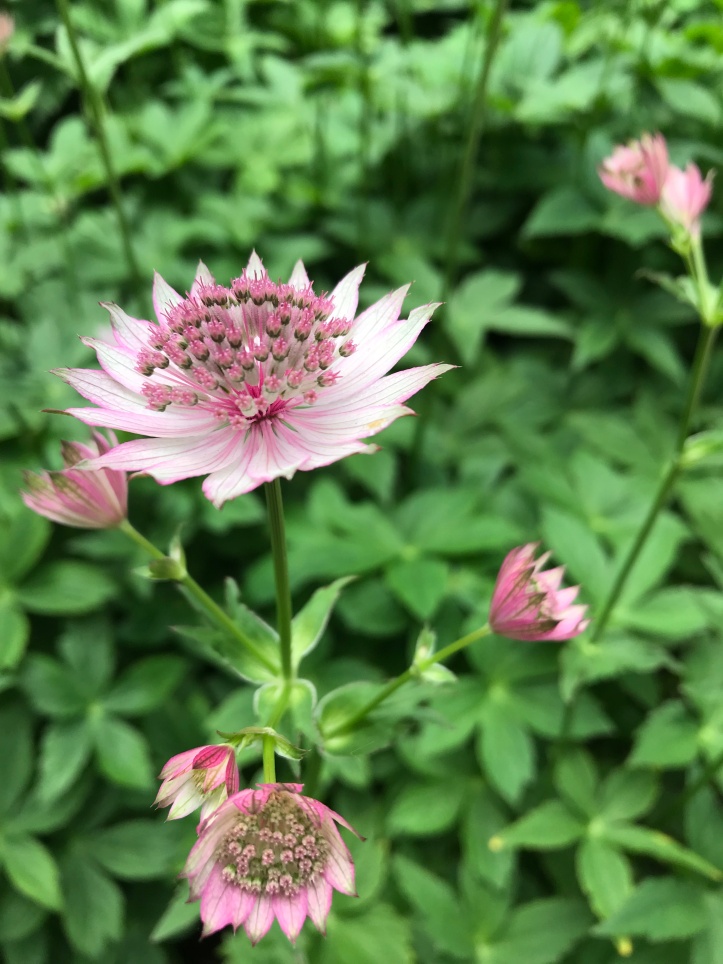 And we’ve reached the hundredth day.  I’ve written thoughts each of these past hundred days–ninety-nine blog posts and one post to Facebook.  The new cases we’re getting in Ontario have dropped to 165 today, and Toronto and Peel get to move to Phase 2 on Wednesday.  When the next hundred days have passed, it will be September 30.  Fall will have begun–a certain crispness in the air at night, the Michaelmas daisies in bloom, the daylight hours now overtaken by the nighttime ones.  These things are sure. They will come.

But what else?  Will we be able to meet in larger groups yet?  Or be locked down more tightly again?  Will someone have finally mandated mask wearing?   What will have happened in the US? Will there be a breakthrough treatment?  What will school look like?  Will someone be contemplating holding concerts again?  Nothing is known for certain.

The story most people don’t know about the Siege of Leningrad is that while it lasted just short of 1000 days, the grimmest days were in the winter of 1942, when the city was completely cut off and people were dying in the streets. If you count 100 days into that siege, you reach December 17–just a few weeks away from the darkest days of January. But eventually, a frozen road–a highway of hope–was constructed on the frozen Lake Ladoga.  Food began to get through, and people were evacuated.  By springtime, there was a renewed sense of hope.  By summer, there was defiance–enough to perform the ‘Leningrad’ symphony on August 9–although the blockade continued ground on interminably.  It was broken in January, 1943, but the siege continued for another year.

All indications are that this, too, will not be a short siege with a miraculous conclusion.  We will slog it out for many more months.   Hopefully we will be able to keep the worst of it under control, learning how to thread that needle to slowly rebuild some verisimilitude of what life was before.   But the world around us–it will do what it does every year.  There will be warm summer nights under starry skies.  There will be afternoon thunderstorms that release a sweltering land from a blanket of heat.  Leaves will one day start to turn from green to red and gold, and eventually be swept away.  Snow will come, and go, and then, one day, the first shoots of the narcissus (now runing to brown) will emerge, and the cycle will renew itself.  This cycle needs no help from us.  If we let it, it can guide us in the sure certainty that our life elsewhere currently lacks.

From this point forward, I will continue to write–although it may not be every day–so long as I have something to say.