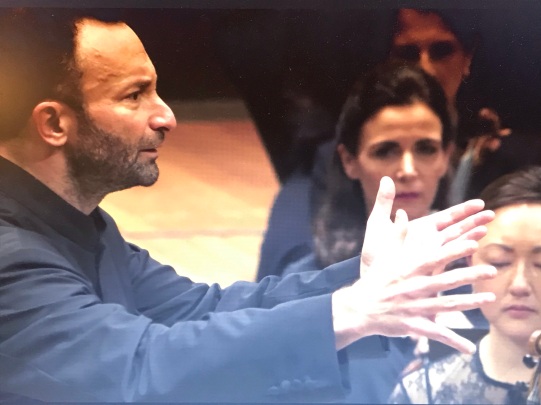 Today’s Daily Stoic writing prompt: Will I embrace the flow of change today?

For thirty years now, I’ve been a part of the SCA.  I met my husband in the SCA.  The friends I met in the early days have been part of my life now for well over half of it.  Being part of the SCA has allowed my creativity to flourish and allowed me to learn lessons in leadership, time management.  It has given me an outlet for the study of history for the twenty years since I finished my PhD. It has kept me part of a community–a community that, in this time of isolation has been a source of solace and ongoing connection with something greater than me.

But the SCA has not always been quick to grapple with change or to evolve, nor is it immune to outside events.  In the past five years, however, it has begun to grapple with some of these issues.  When I first joined, the SCA was enormously armoured combat-centric–at least as a whole.  My local group was much more focused the arts and sciences and on history–and we were sometimes criticized for that because combat was seen as at the centre of the SCA’s mission.  It was a tournament society first, probably a social organization second, and those of us who were interested in history were there to provide the decorations, and to remember our places lest we be accused of being authenticity Nazis.  (I use the N-word because it was what people interested in authenticity were called in the 1990s, and were still behind backs as recently as a few years ago).  I remember, in the 90s, being dressed down at least once for “not giving armoured combat its due.”  I was petrified of Royalty and walked on eggshells around the fighting elite–because I was not of their world, and I sensed that I was playing my own game at their pleasure.  When I somehow ended up becoming a Peer after just 5 1/2 years in the Society, I remember at those early meetings candidates being criticized for showing no understanding of armoured combat.  Not long after I was elevated, while I was serving as an officer at the Principality level, I used the office to take a stand and publicly opposed a planned action by Royalty, after consulting a couple of my informal mentors  This was a no-no, and I was taken aside and told in no uncertain terms that I had f*cked up big time.  I served at the pleasure of the Royalty, and offices were not to be used to oppose them.   I was told that as a Peer and an officer, I was expected to set an example.  I was expected to be loyal.

I was contrite.  I learned my lessons–both positive and negative.

On the positive side, I learned a bit of humility.  I was a little too much stuck on my own reputation and persuasive power.    But I also learned that one voice can have influence, and it can encourage others to speak out.

On the negative side, I experienced firsthand what working with those who have tradition on their side is like, and the compromises I might have to make to continue to do so.  I learned about politics, and how to better play in that type of minefield.  This was not wholly negative–politics is really about understanding others and their motivations.  But it my cemented the centrality of justice in my own personal ethical framework.  Justice seeks to give each person their rightful due.  What makes justice such a difficult virtue is to understand what “giving each person their rightful due” means.   In this case, I had seen what I perceived as injustice–and what, even after these years, what I still maintain was injustice–and spoken out.  The error was the way in which I had done so.

I got much better at this.  It helped that the Society itself had started to subtly change as well, although it would take many years to show real results.  In the meantime, I took my devotion to justice seriously.  I worked to understand differing perspectives, and came to champion the idea of the SCA as an umbrella organization with room for everyone.  I stopped looking down on the folks whose primary motivation was to party, or who did nothing other than armoured combat.  I began to see the group’s ideal as a mutually supportive community, where each person willing to live by the SCA’s core values could have something to contribute–regardless of what activities they pursue, regardless of any other innate aspect of their modern existence, including sex and/or gender, sexual orientation, race, or disability.  And I would have, as recently as a few years ago, included those aspects of modern existence that are chosen–including politics–so long as they “stayed out of the SCA.”  But increasingly it’s clear that it’s very difficult to separate “real life” from “the game.”

Meanwhile, in just the last couple of years, after such significant changes as adding a new Peerage for rapier combat and allowing “inspirational equality” in Crown tournaments–allowing combatants to fight on behalf of a consort of any gender–neither of which cause the apocalypse that detractors had predicted–changes are now coming much more quickly than before.  The SCA now has a set of defined core values, anti-bullying policies, and a Society-level office for diversity, equity, and inclusivity.  And for the past couple of years, the SCA has started to wake up to the harm that extremists and bigots, whose misdeeds in previous years were often swept under the rug, can do to the organization.  These folks are often part of our SCA elite.  They’ve included Royalty and Peers.  Previously, likely because the focus of the SCA was almost wholly on in-person events, so long as these people kept their beliefs quiet or confined to dog whistles to those in the know, they could continue to wield power and influence.  But the lack of in-person events in the past few months has meant that dividing line has vanished.   The SCA has mostly come down on the side of the angels in these disputes, although not always perfectly or unequivocally, but those who believe that the SCA should actually try to live its core values are generally in the majority.

The SCA also finally acknowledged the fact that keeping the Society Eurocentric was likely one of the things that nourished bigotry and white supremacy within the ranks, so they officially removed the idea that non-European cultures were permitted only if they had contact with Europe in period.  That one is going to take awhile to change.  The SCA is still largely white, and getting the word out that it is working to become something different will take time.  It will also likely mean that those who saw the Eurocentricism as a feature, not an impediment, will be very vocal for awhile until they either evolve or leave.

So this is where we are now.  The Society right now is confronted with profound change:  to longstanding traditions and focuses, to its hierarchy of honours, to the way we look at events and our community in the wake of the pandemic, to our ethical basis itself.   We are now acknowledging that our code of ethics must extend outside of “the game.”  We are a modern community that likes to dress in medieval clothing and do historical things.  We are not different people at events than we are in modern life.  We cannot “play” at ethics.

*****
This afternoon, I circled back to the Berlin Philharmonic to catch the performance of the Shostakovich 9th Symphony from a couple of weeks ago, as well as two of the other works on the concert.  What really stood out for me with the 9th was the fourth movement, most particularly the bassoon solo.  One of the joys of these filmed concerts, as I mentioned earlier, is that the film crew really focuses on solos or featured sections.  And I had forgotten just how this particular bassoon solo dominates the movement.  Watching it today, I got a sense of just how spectacularly difficult that solo must be and what incredible breath control it takes.  Multiple times, I watched the bassoonist–a slender, bespectacled balding gentleman–turn bright red, veins popping on his forehead, and then take a breath and the veins would disappear and his colour would return to normal.  And then, after this long solo (in a movement marked Largo) he gets to lead the orchestra into the bouncy fifth movement.

After listening to the pre-concert chat, I also made sure to check out a piece by Andrew Norman called Sabina for string orchestra, described as a “sound painting full of iridescent reflections of light.” It is inspired by a basilica in Rome and the play of light in the interior, and it was precisely as advertised.  Shimmering open strings and harmonics, sul ponticello bowing, and solos for many of the sectional instruments (particularly amongst the cellos) combined for a spectacular depiction of the play of light.

And then, because the orchestra had just been given the news that they would no longer be able to play for live audiences again due to an impending lockdown, they performed John Cage’s 4’33”.  I caught a couple of photographs from that performance, which, as is to be expected with the Berlin Philharmonic, was memorable.