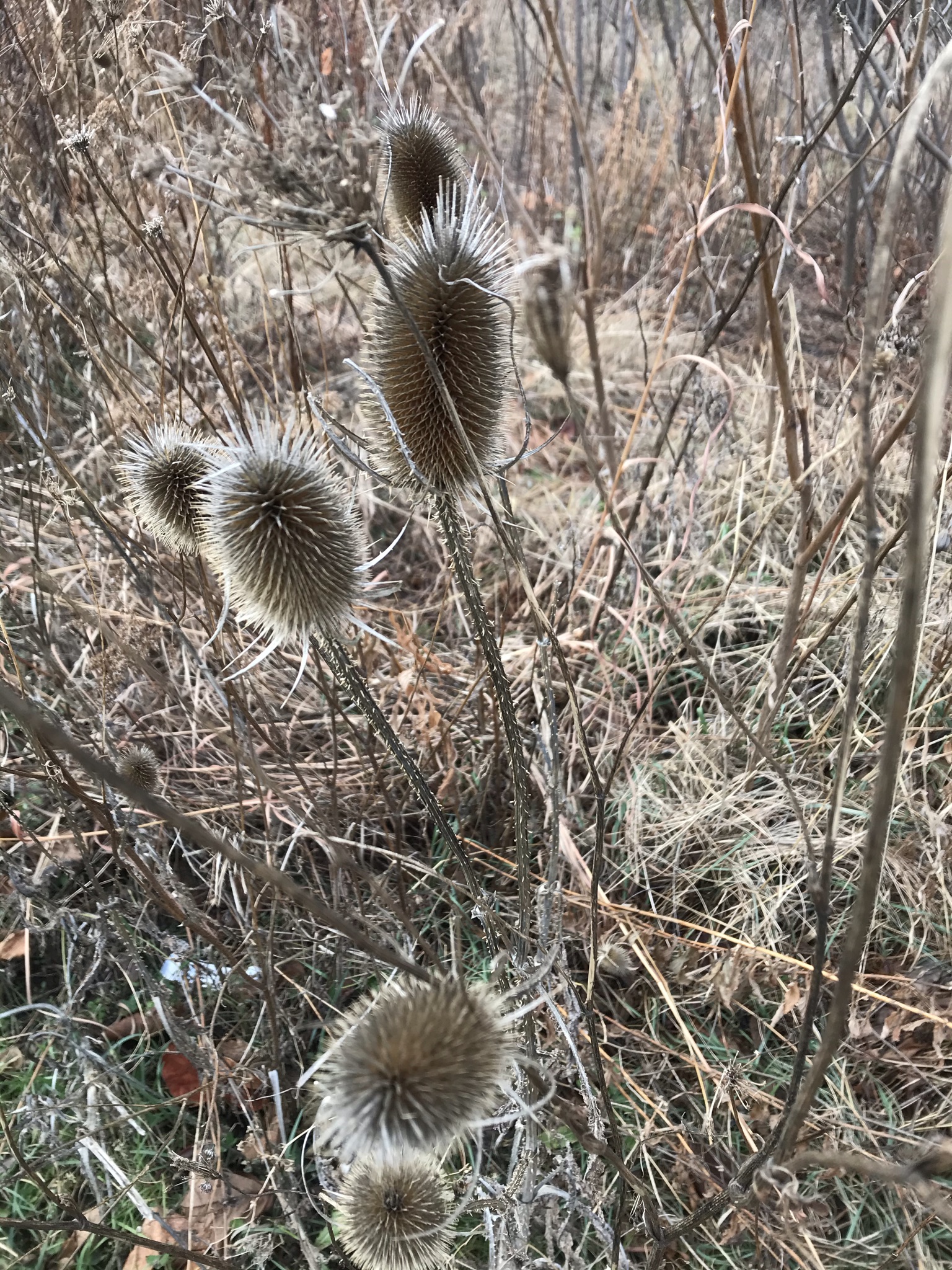 Today’s Daily Stoic writing prompt:  Can I be grateful for the time I’ve been given?

“I wish it need not have happened in my time,” said Frodo. “So do I,” said Gandalf, “and so do all who live to see such times. But that is not for them to decide. All we have to decide is what to do with the time that is given us.”  – J.R.R. Tolkien – The Fellowship of The Ring

And faced with a great evil, Frodo took up the burden and through his actions, ended it.  I am quite sure that Frodo did not feel grateful for the time he had been given until afterwards, but in retrospect, he would have looked back and known that his actions–and those of all of those who, with him, stood against darkness–mattered.

What we’re facing today, on its face, is not evil.  Viruses gotta virus.  There is no moral judgement in what a little ball of RNA that isn’t really even alive does.  What is much darker is society’s failings in choosing not to care for each other–or rather, some members of society, which has the effect of forcing others who do care to take up a heavier burden.  Frodo wished many times that he had not been given the task of carrying the Ring, but he did it anyway, with great courage–and with the steady presence of his friend Sam, and knowing he had the support of so many others, no matter how great his opponent became.   Community made it possible.

I am not grateful that we’re in the midst of a pandemic.  I would have rather it not happened.  But each day I am acutely aware at the hours I have been entrusted with to use, and to make sure to use them for things that will make me, or the world, a better place.  Whether it’s the care of my own soul, through finding things of beauty–even in the dying days of the year, while the darkness still continues to grow–to look on, to create, to read, to listen to; or the care for the world I live in, by doing all I can to not spread a dangerous virus and so to support those who have either chosen to fight it directly or who cannot retreat to a cozy home to wait it out–I spend those hours, as best I can, as the gift that they are.

*****
Today, I outed myself as a PhD. For years, I have followed the common wisdom that the title “Dr.” was never, ever to be used outside of academia–and even then, it was always less-than than “Professor”–unless you were a medical doctor. To call yourself “Dr.” was pretentious, an insult to “real doctors.” And a PhD, outside of academia, was something to feel vaguely ashamed about, particularly if you were working in an unrelated field. I have always been told to not mention it, to downplay it, because otherwise I’d come off as “overqualified” or “full of myself.”

And then, some bro named Joseph Epstein wrote this about incoming US First Lady Dr. Jill Biden, suggesting, in the most patronizing terms, that she drop the “Dr.” title. This is a woman who has been working in her field–education–throughout her husband’s career as a politician, including during his term as Vice President. I fully expect she will continue to do so as First Lady, where she will have an outstanding platform to promote education. Yes, this is a position she did not have to apply for on merit, but that does not mean her own accomplishments should suddenly mean nothing.

I’ve had my PhD for 21 years now, and what society has told me about that accomplishment is that I should never, ever be proud of it. That would be elitist. That would make me a know-it-all (when, if anything, the PhD taught me just how much I don’t know). That kind of achievement, especially for a woman, makes other people uncomfortable, and obviously, the only reason I would ever, ever use the title is to make other people feel less-than.

Dammit, I spent seven years of my life on a PhD. Seven years that did not lead to an academic position, but did result in substantial student loans. Seven years of jokes about my field being “useless”–and 21 years of me making those exact same jokes, because that’s what society expects of me.

My knowledge is not useless. The process I went through to do a doctorate was not wasted time. The outrage should be targeted on a society that doesn’t feel that becoming educated is worthy of praise (unless, of course, it leads to a good job)–especially when that person is a woman.

Friends? Colleagues who I respect and who I know respect me? I’m not fussed with titles. You can call me “Hey, you.”   But for the rest of the world? I’m done with hiding my PhD to make you feel more comfortable.  I’ll never be that person who insists “It’s DOCTOR” at parties, but I’m going to stop caveating my achievement.

*****
Fifty years ago today, the Beethoven String Quartet premiered Shostakovich’s Quartet no. 13.  (It probably did not escape Shostakovich, who liked his numbers, that the 13th premiered on the the 13th. More on numbers below.)  I’ve stated many times that this is my favourite of all of Shostakovich’s quartets, and that opinion has held steady even as I’ve gotten to know the other fourteen, not one of which is anything short of a masterpiece, but it’s hard to put my finger on why that is.  It might be the percussive effects of the middle section of this one-movement work, where first the violist, then the second violinist. and finally the cellist actually strike their instruments, producing different sounds based on the size of their instruments.  Along with this is a kind of funky, jazzy bassline, over top of which the melody swirls and twirls.  It might be the gorgeous, lamenting, sighing main theme that is explored twice–the quartet is constructed as an arch–closely related to the music Shostakovich wrote for King Lear.  It might be Shostakovich’s ability to use 12-tone rows in a completely tonal work.  It may be its wonderful five-flat key signature.   But what stands out for me is the voice of the viola in this work, which was dedicated to the Beethoven Quartet’s recently-retired violist and is considered one of the most challenging works written for that instrument.  And it’s the coda that sears itself in my mind.  As Stephen Harris writes:

The coda of the quartet, played as a sad lament by the viola over 30 bars and its incredible end, remain in the memory long after the work has finished. Near its beginning a twelve semitone row is played and then the viola climbs into ranges seldom demanded by composers. When it reaches its high final note, a B flat in the third octave, the second and then the first violin join in a snowballing crescendo from pp to sffff, bringing the quartet to a startling and frightening finish.

Interestingly enough, various websites are all over the place about when the premiere took place–I’ve seen September 13, 1970 and December 11, 1970–but I’ll go by what shostakovich.ru –the DSCH publishing house–states. If anyone would know, they should.

Back to numbers. Stephen Harris (in the article quoted above) also did what I instinctively did and counted those strikes of the violin, viola, and cello and looked to see what those numbers might signify. I, of course, looked for Fibonaccis the moment I realized the viola was struck 13 times and the cello, eight. The second violin, alas, won’t play that game–it’s struck 22 times, one off from the sequence. But here’s Harris’ theory:

As far as I am aware no explanation has been given until now (22 November 2014) for the large number and the strange distribution of the strikes on the four instruments. So let me offer a suggestion. The strikes represent the passage of time, each beat recalling a year which had past in Shostakovich’s relationship with one of his three wives. Each instrument in the quartet represents a person – the first violin represents the composer; the second violin is his first wife, Nina Vasilyevna Varzar; his second wife, Margarita Andreyevna Kainova, is represented by the viola and the third wife, Irina Antonova Supinskaya, by the cello.

Too fanciful? Maybe, but remember this was the composer who was keeping the second violin quiet for 34 bars in his Twelfth Quartet and was arranging his cycle of quartets so that the keys D, S, C and H fell on perfect squares.