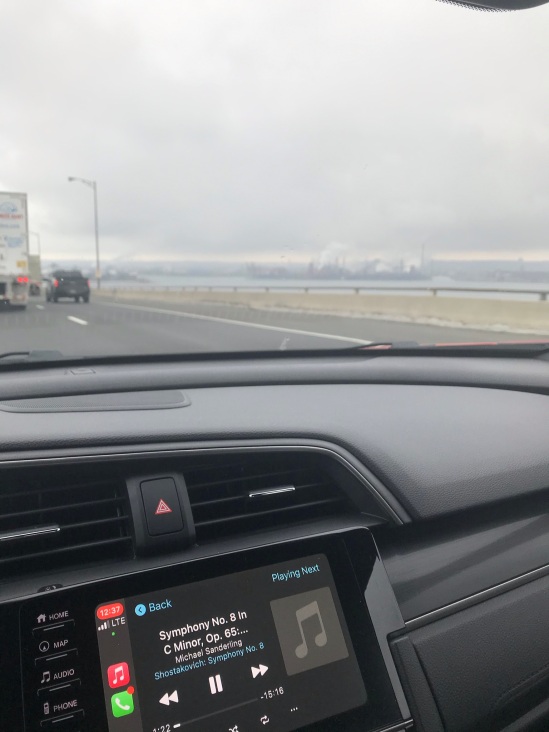 Today’s Daily Stoic writing prompt: What is my purpose in life?

My problem with this question is that for too long, I’ve thought that that purpose had to be some kind of grand masterwork or achievement.  I was a kid whose main source of self-worth was academic achievement–getting good grades.  But “good grades” aren’t an end in themselves–they stop meaning anything once you’re out of the academic environment.  Luckily the reason I had good grades in the first place was my voracious curiosity and desire to learn.  Add to that an ethical framework originally developed because of a religious upbringing that focused on service to community and social justice as obligations of faith, and I managed to to get beyond this singular focus on being a “smart person,” but it does still persist in making me sometimes think of myself as something less-than.  I always believed my purpose in life was to teach, and looking around me now in my 50s, it’s bothered me that I didn’t make that a career–but I’m realizing that not only are there other ways to teach–which I have pursued–maybe my “purpose” is actually to make a positive impact in the world, and thus not confined to the singular goal of “being a teacher.”

The associated meditation for today talks about having a goal and a plan.  I’ve often expressed that while I’m a big picture thinker, I struggle with the idea of a detailed plan that goes too far in the future–instead, I am a huge fan of what project managers call progressive elaboration, where the project for the long term is planned at a big-picture level, with more details added at each stage as you get closer and closer.  It’s more of a roadmap–with the understanding that depending on circumstances, there can be different paths to get where you’re going.

*****
A friend posted this article about acknowledging the ongoing impacts of missing milestones as we navigate life during a pandemic.   I was just pondering the perils of magical thinking this morning–specifically what the article calls “toxic positivity,” or the idea that you can just will everything to be OK through positive thoughts, and that “negative thoughts”–that is, acknowledging pain and loss–are to be avoided at all cost.  Toxic positivity–that idea that if you do not think positive, you will attract negativity–is a kind of magical thinking.

Magical thinking is what leads people to believe that they will be just fine, that dangers are overstated or what happen to other people, that they know and trust their friends or family to “stay safe.”  Magical thinking is what makes people believe that what they believe is always right and true –that the gut feeling is always correct, even when the gut feeling is utterly illogical and refuted by copious amounts of evidence.  It’s what makes people “plan” on winning the lottery–and while for most people, this plan is really just a bit of fun, for some it’s an actual plan for addressing profligate spending tendencies.   It’s also what’s behind things like the “Prosperity Gospel” — that is, being rich is a sign of God’s favour, as is being healthy.   This is the reason for unmasked megachurch worship services–they truly believe that if they are faithful, they are immune; and should they get sick, it’s either God’s judgement or God testing their faith.

There are few people who do not indulge in at least a little magical thinking.  I’ll joke about “the universe wanting me to do something”–but that is often a case of me reading the environment around me and seizing upon particular ideas based in that input–which is more likely a case of creative thinking rather than some greater power with a plan. But when it just comes to me out of the blue, sure–I’ll blame the universe.  I also like numbers–I’ve had a thing for the number 5 for decades, along with, to some extent, 3 and 8 (and because those numbers are a part of the Fibonacci sequence, I find myself noticing any Fibonaccis); those numbers are derived from my birth day and month, and I’ve always found a bit of kinship with people born on the 5th of any month, or sports players who wear #5.  (Also, Beethoven’s 5th symphony in c minor (C being the third letter) op. 67 is obviously all about me.)  And then there is 25, which is 5 fives.  And 55, which is a Fibonacci again.  Again, this is nothing I’d stake real world decisions on or feel “unlucky” when I can’t get my favourite number.  It’s more about the mystery of numbers, and being aware of what we don’t know about the universe–which for me actually has the effect of making me feel more attuned to the universe.   (Hey, look! Today is the 5th!)

But back to “toxic positivity” — there is also its opposite, which is a kind of unrelenting negativity.  I have friends I’ve contemplated blocking on Facebook because every post is another scare story about the virus, or ranting at people not taking precautions  or wearing their masks wrong at the grocery store.  People posting “We’re all f*cked” along with yet another description of stupid humans are tiring.   I don’t need people to be the bluebird of happiness all the time, but I also don’t want 24/7 doom.

*****
Today, while Cogeco experienced an outage that lasted for a couple of hours, I went out to Gitta’s for curbside pickup of some embroidery supplies, and took the opportunity to listen to the next of Michael Sanderling’s recordings of the Shostakovich symphonies–this time, the 8th.  This one largely worked, and may work its way into being one of my favourites.  What stood out in particular for me was the third movement–that relentless runaway-train-ride-interrupted-by-an-oompah-band-only-to-convulsively-shatter-into-nothingness movement.  What usually makes this movement is the repetitive, nervous, chugging nature of the main theme, the interjections of the winds, and that middle “oompah” theme.  Sanderling did two interesting things.  First, he took the movement faster than I’ve heard it played, and then he added more accents to the repetitive phrases, turning them from nervous twitching into a kind of musical speech.  I liked it very much.  And the engineering on these recordings–which brings out individual parts and features very crisp bass percussion–made that cataclysm into nothingness particularly effective.  I’m going to need to sit down with that fourth movement when I’m not traveling in the car on the QEW to see how it goes–I kept losing the quiet parts (and most of that movement is quiet parts) every time a truck passed.  The fifth movement was taken a little slower than normal, which resulted in a mixed bag of results–some parts previously missed were more audible, but it also made it drag a bit in places, but the end was lovely and perfect.

*****
Today I passed the 50% point of War and Peace.  I’ve found it a fairly easy read so far–but as my husband put it, I’m not normal;  I find both the war and peace parts equally interesting in their own ways.  It’s been quite enjoyable.  I’m kind of glad I’ve never seen a movie version–although I suspect I’ll be finding one once I’m done.