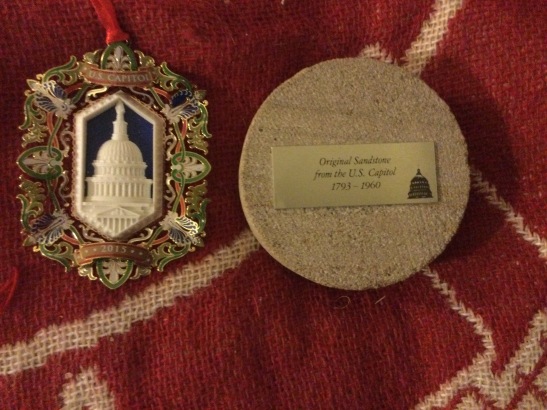 Today’s Daily Stoic writing prompt:  Who am I and what do I stand for?

*****
As results continue to flow in from Georgia confirming the election of at least one, and likely two Democratic senators, as Mike Pence refuses to do his master’s bidding and subvert the Constitution and not formally receive the votes of the Electoral College, rioters have stormed the US Capitol.  Even Mitch McConnell is now saying that the election results must be accepted.   Meanwhile, the Danger Yam himself, who instigated this riot, is telling his supporters to “stay peaceful.”

I was in the US Capitol building last a little under five years ago, in the last months of the Obama administration, just as the parties were confirming their nominees.  I was optimistic. I was hopeful we’d have a first woman President in a few months, although I was wary about the rise of that former reality star to prominence. But the Capitol was comforting–the heartbeat of democracy still beat there, and I could stand and look at the artwork in the Rotunda, see how the building had grown organically over the years, think about interesting historical trivia, such as the fact that the present dome replaced a copper-clad one around the time of the Civil War. I purchased a Christmas ornament featuring marble from the steps salvaged during a restoration.  Had you told me now that those steps would be stormed in 2021 by seditionists attempting a coup, I would have laughed–although I was acutely aware it was not the same place it was in the 80s, when I visited it twice.  Back then, you could wander freely through the building (so long as Congress wasn’t actually sitting) without a tour guide, learning about the history of the building and enjoying the art and architecture.  In 2016, the fringe elements that now seem to control the Republicans–I mean the true fringe, what I refer to as the cultists, not the regular Republicans, who are today decrying the violence their complicity has wrought–those fringe elements were still fringe.  They were laughable. But in four years, they have been fertilized by Presidential bullsh*t and now no one is laughing at them. Seeing one of those wastes of human skin carting around the Confederate flag (or, more properly, the Battle Flag of Northern Virginia)–a flag that during the Civil War never was seen within that most symbolic of buildings–it enraged me.

Meanwhile, the second Georgia senate race was just called for the Democrats.

I couldn’t tear myself away, for two hours but I had promised to take down the tree tonight.  So I shut off the news feed for a bit and flooded my brain with Shostakovich–the 9th and 10th symphonies from the Sanderling set.  I’m afraid my evaluative faculties were rather shut down, other to note that Sanderling takes the 2nd movement of the 10th the slowest I’ve ever heard, turning fury into a kind of majestic brutality.  I didn’t quite buy it.  I want that movement as fast as humanly possible.  Especially tonight, when that kind of fury is cathartic.

The last ornament into the box was my US Capitol ornament.  As I write now, the building is secure.  But nothing is secure now, not with an insane narcissist still holding the reins of power.  This is what the 25th amendment is for.  Republicans must lead.   This is on them.  Every single one of them who looked the other way and enabled this man.  Every single one of them who was willing to let him reign unchecked because he’d get them their Supreme Court justice.  Every single one.  I say that as a daughter of proud Republicans.  Now I sigh with relief that they aren’t alive today to see this, or worse yet, possibly support it.

And I see now that the Shostakovich I need isn’t the 10th.  We’re not at the point yet where Stalin is dead.  It’s the 8th.  It’s 1943, and it was looking a lot better for the USSR in WW2, so Shostakovich was expected to write something all patriotic and rah-rah and inspirational. Nope, he looked war right in the face and wrote about it, and the optimism he finally raises in the last movement is pale from loss of blood, struggling to find joy with the knowledge of what’s gone before and just what it has cost.